|save this plan
Difficulty
Starter Projects
| Behold the power of the 1x2! 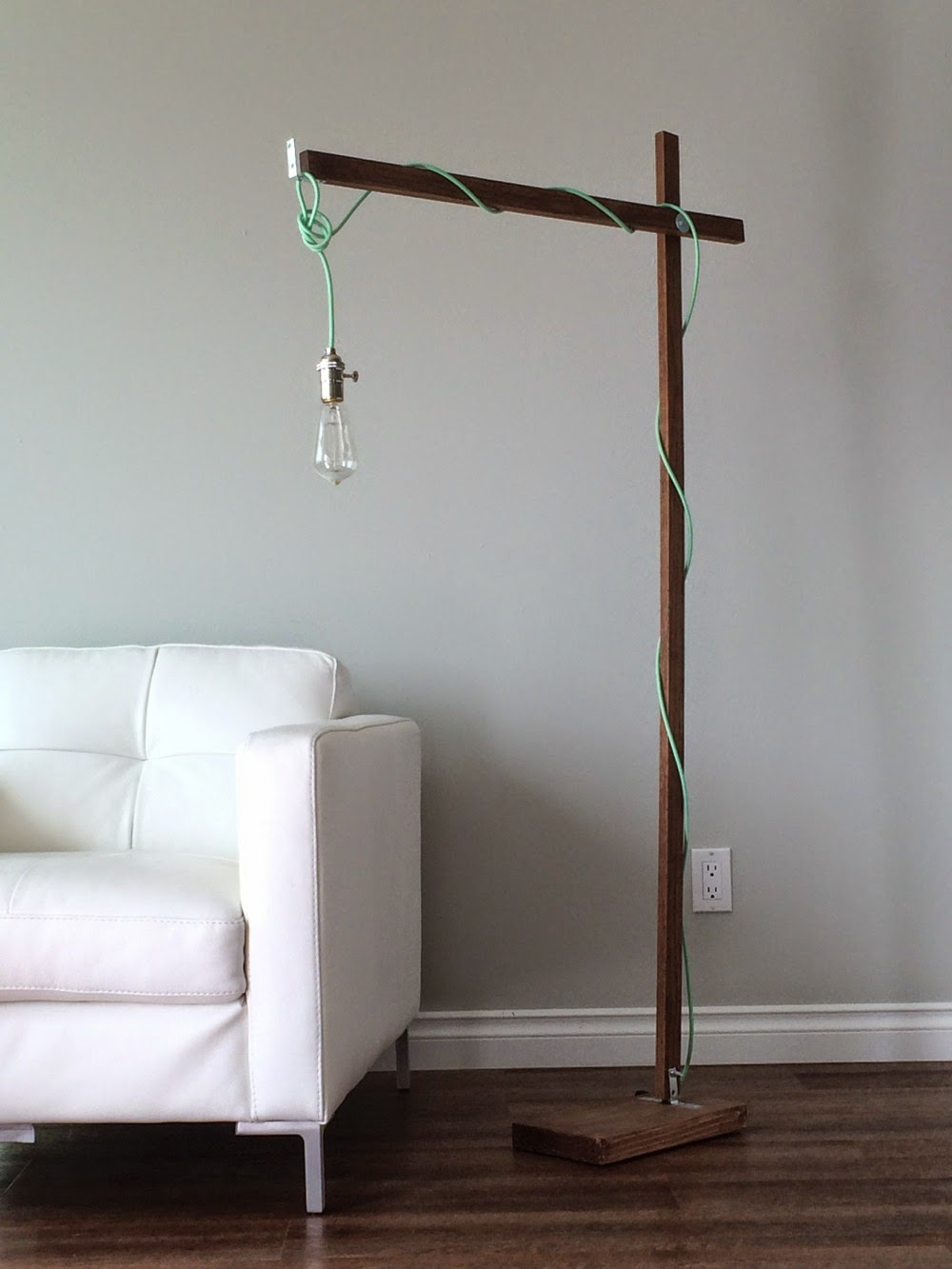 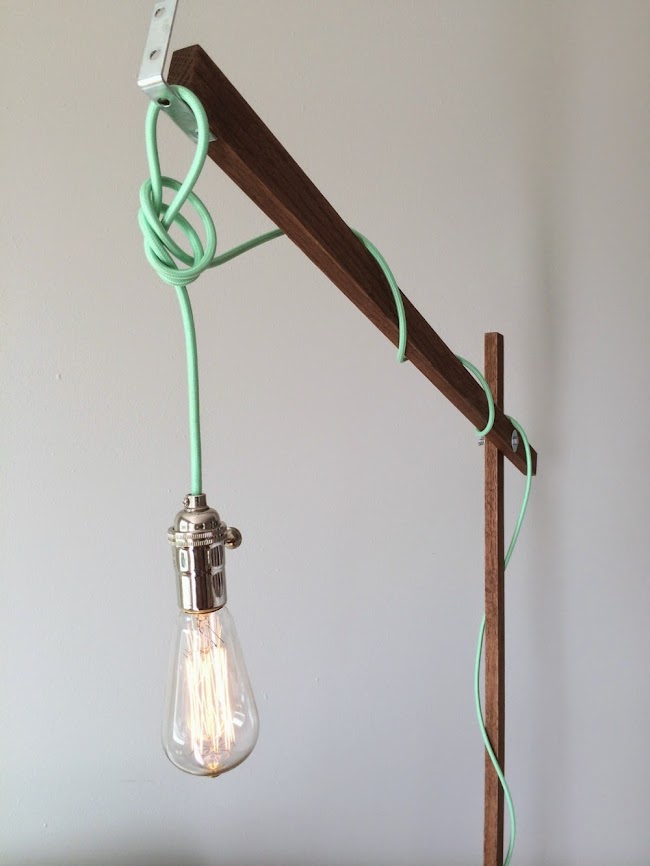 Toliy's been wanting to make a floor lamp, so I challenged him to come up with a design using a single 1x2 board for the majority of the project. 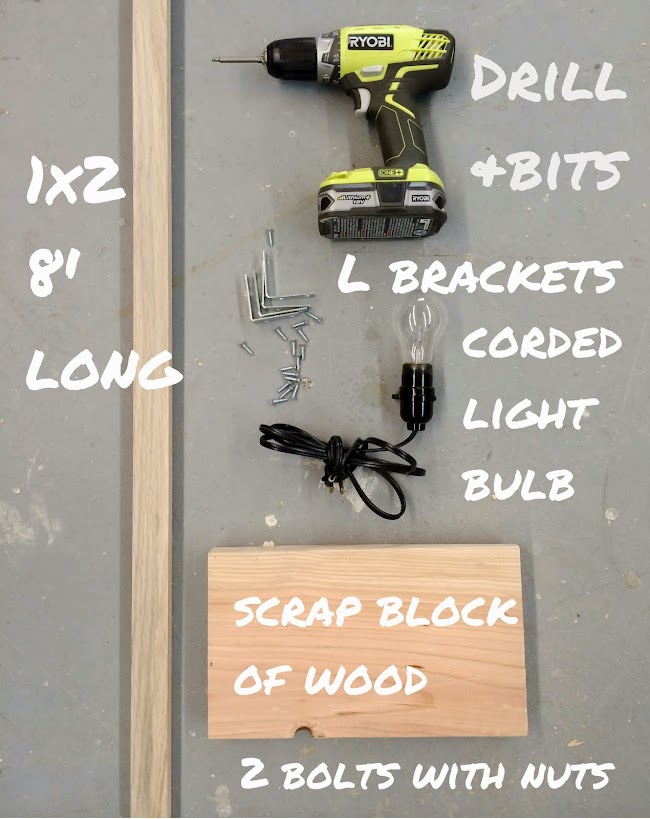 He also used a scrap piece of 2x8 board (about 1 foot long), some L brackets and bolts with washers and nuts. 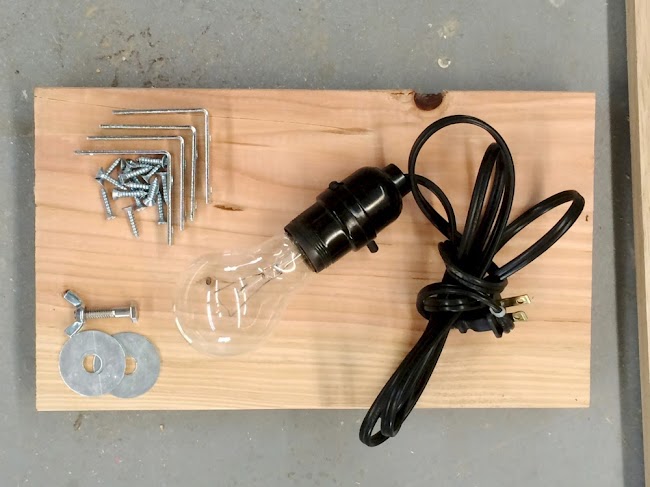 Because I may or may not have gotten greedy and claimed this project for my own living room ...

The two pieces are clamped together and a hole sized for the bolts is drilled through both 1x2 pieces, a few inches from the ends of the 1x2s. 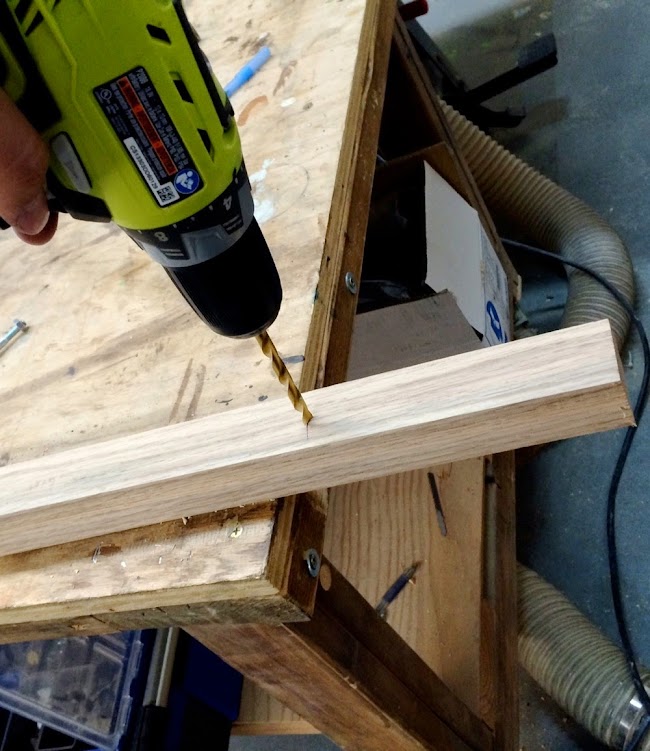 By drilling both at the same time, the overhang on the end of the light is the same. 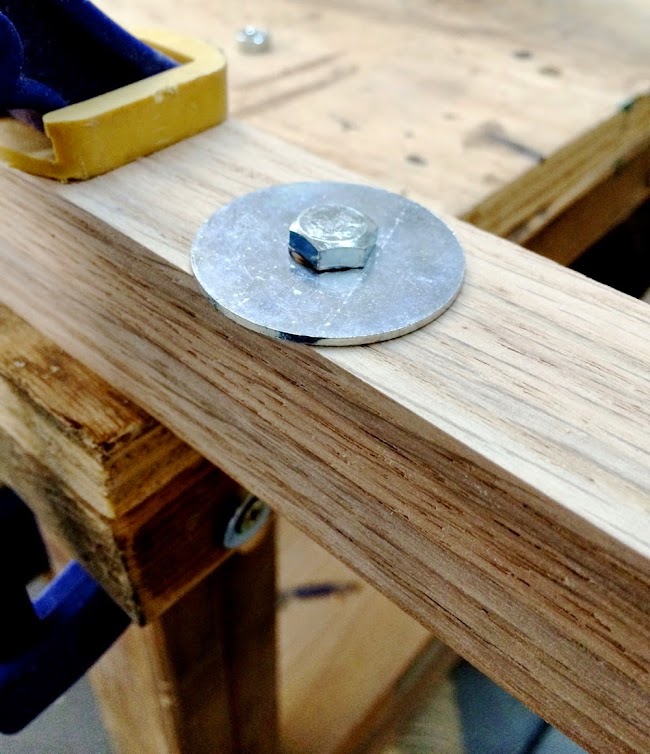 Then the two 1x2s will get bolted together with a bolt, through the whole that was just drilled, but first, 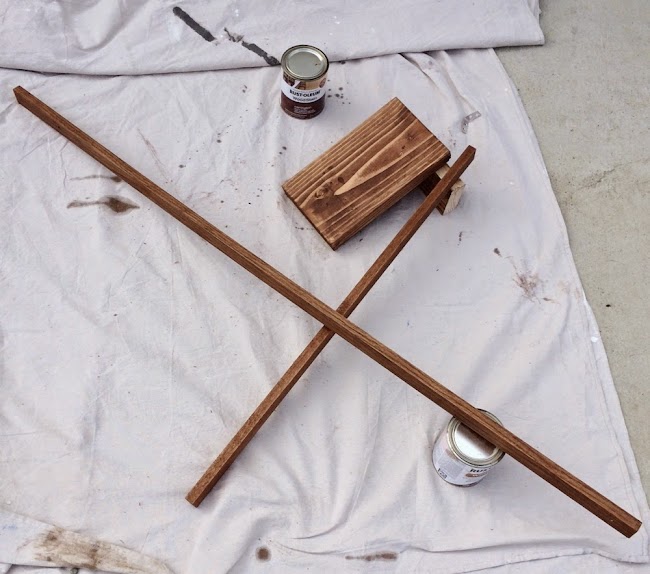 All the wood pieces are stained - 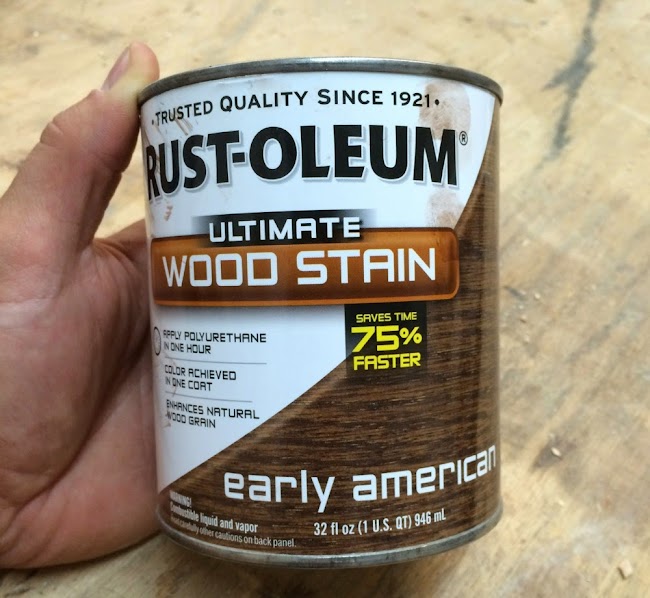 We used RustOleum Early American, one coat applied with a foam brush. 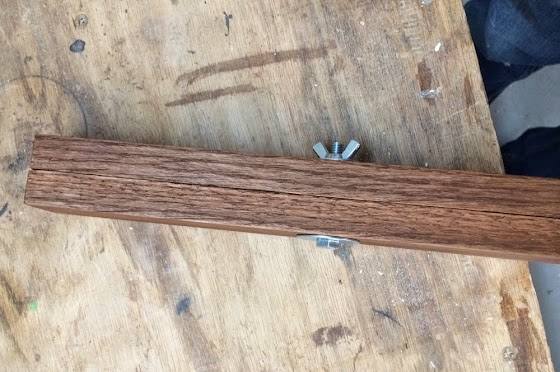 Now back to that bolt. 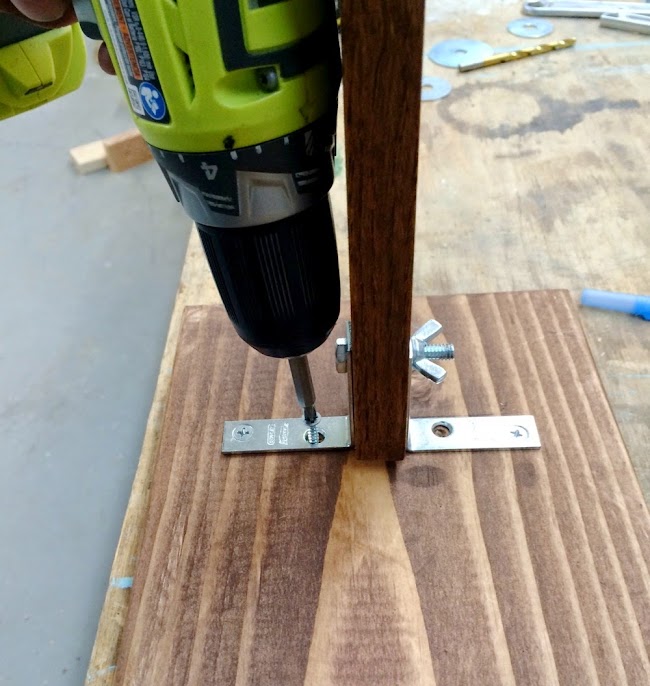 On the opposite end of the longer 1x2, the L brackets are used to attach the longer 1x2 to the 2x8 scrap piece.  The bigger your base piece (we used the 2x8) the more solid the lamp will be.  We liked the smaller base, and decided to stack books (see photos below) to add weight which increases stability. 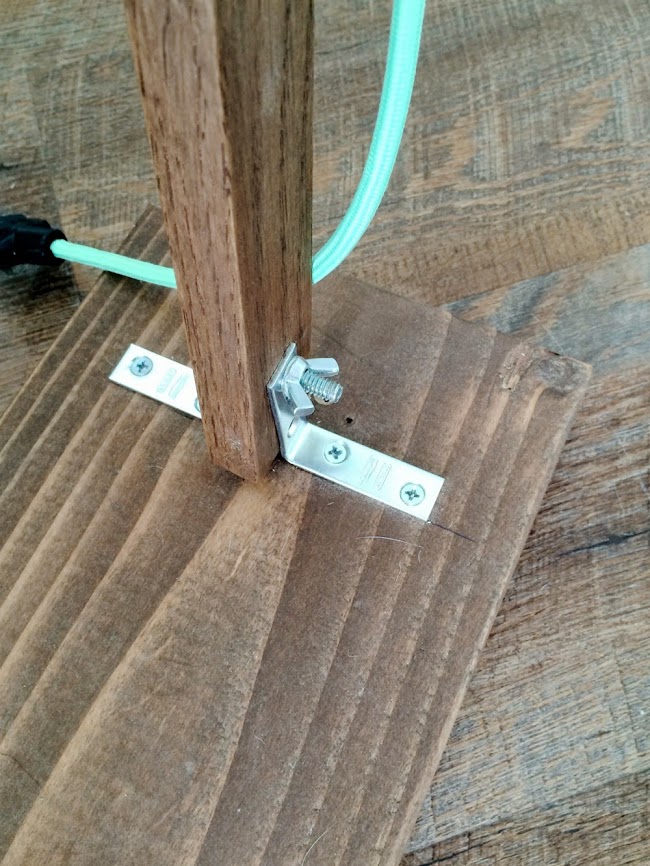 L brackets to base, 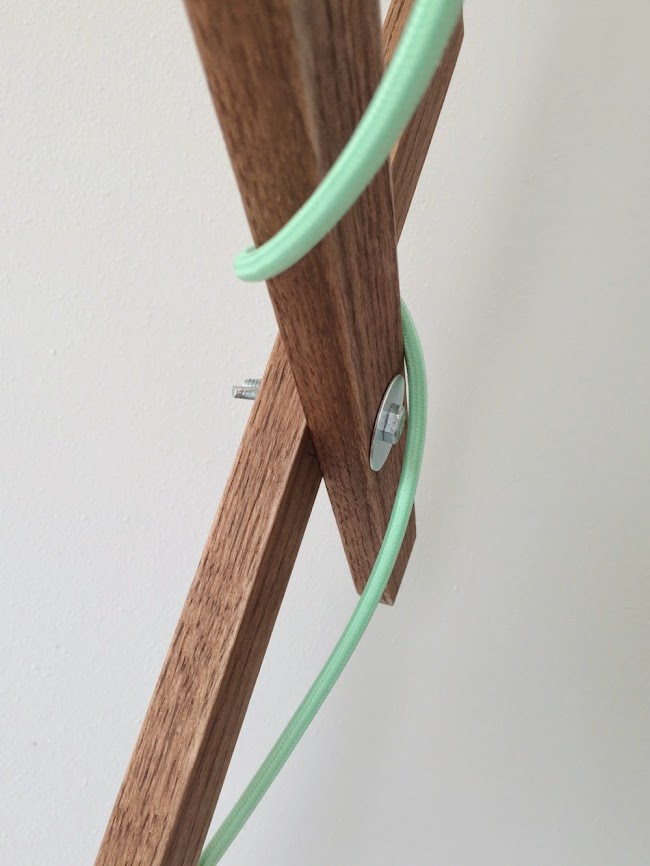 Bolt holding the two 1x2s together in the middle, 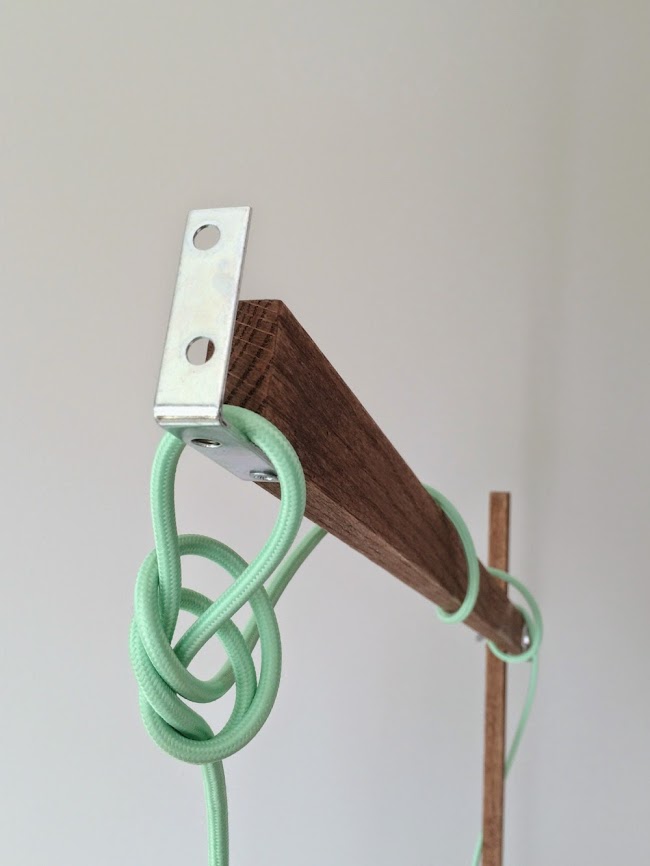 Remaining L bracket at tip of shorter 1x2 (the L brackets came in a packet of 4, so we decided to use on up on the end to hold the light cord in place, but a simple hole drilled through the 1x2 would have done the trick as well),

Light bulb on the end of the cord ... 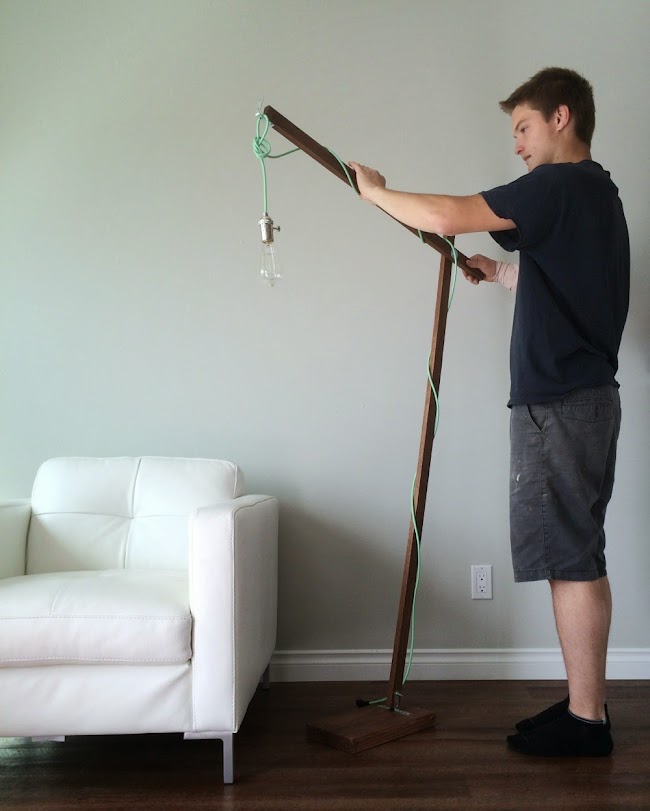 The wood stand part can be easily adjusted at both the base and the middle bolt, 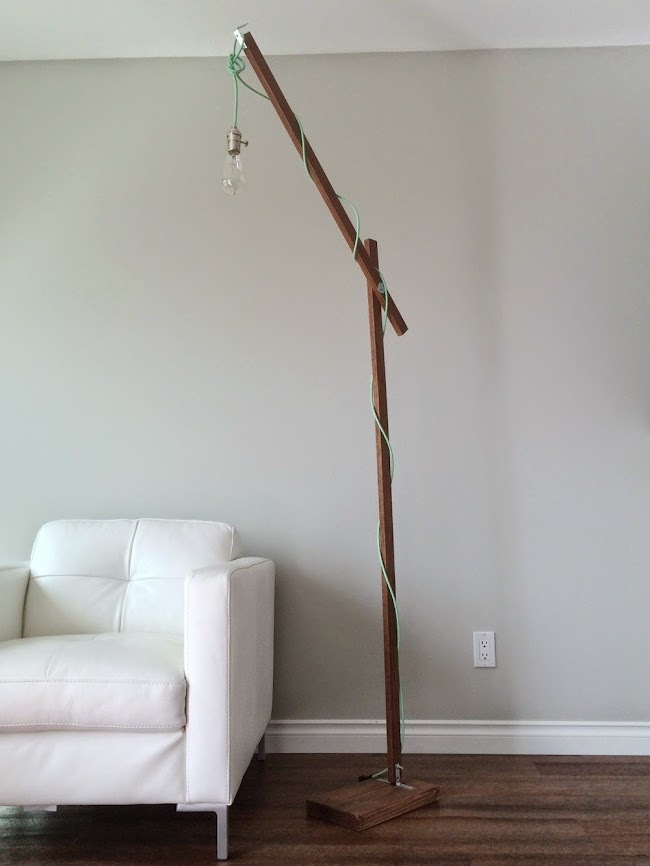 So the lamp can shine from the floor to the ceiling and anywhere in between. 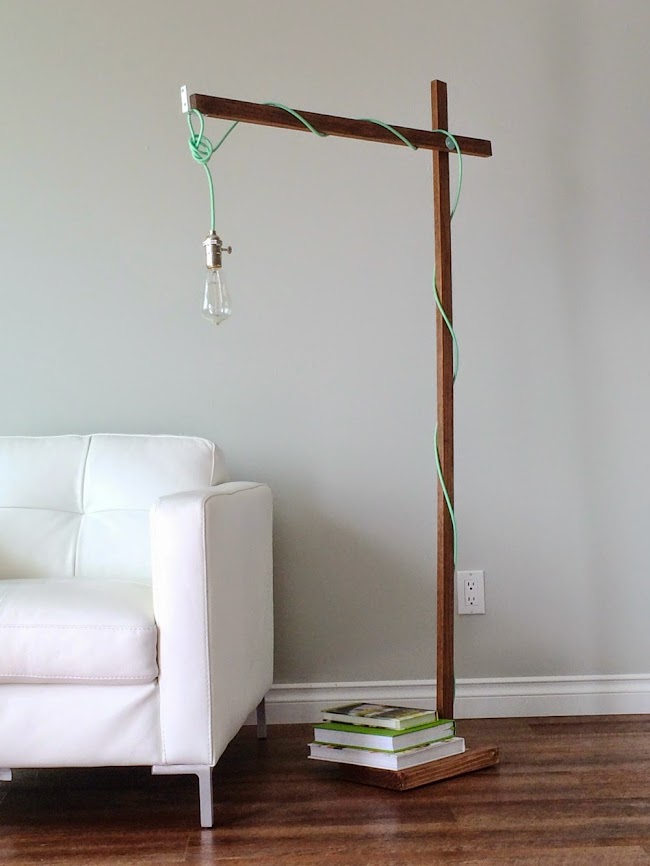 Whether you wrap the cord, go brass, or bright pink, stack the books, or add a wire cage, we hope you love this little DIY Modern Wood Lamp project as much as we do! 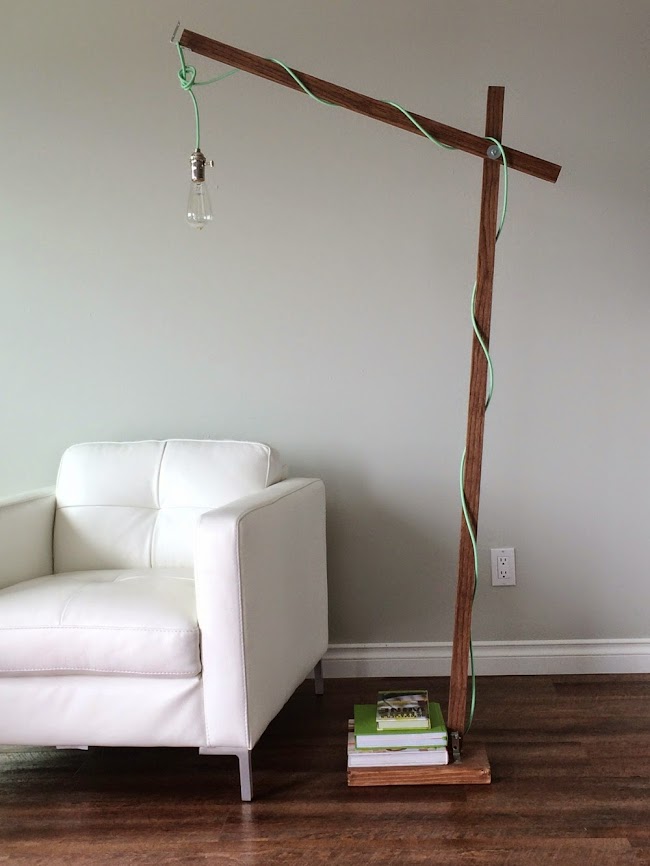 Enjoy, and share how you modify this simple plan if you build please!

I few years back I built a 2x2 lamp and I love it. As I didn't know about beautiful cords/lightbulbs available on Etsy I went for an ugly, yet energy efficient LED bulb, then hid it with a shade. The exposed bulb sure has beauty but if you want to direct light and hide an ugly bulb, the shade is helpful. I went for one of the cords at Ikea that has the shade mount built into the bulb fixture. I hid the ugly cord by routing a slot along both 2x2s. I may add washers to mine, or a lock washer to the movable joint as mine tends to slip down every few weeks under its own weight. One can also send a bolt through the bottom of the of the base into the end of the 2x2 for a hidden fastener look, but it takes patience/luck.

Ikea also has cord kits for

Ikea also has cord kits for much less, although, you don't get those fun colors - black or white. Can't beat the price though - $5. Plug in style, no switch on the cord or the socket.

http://www.colorcord.com/  also has a huge selection of options for bulbs/cords.